We had our last meeting for the year to discuss our 1814 campaign. Everything is looking good for the start in late January. Currently we have 40 Divisions of (28mm) Allies available with some of the Russians doubling up in the ordbats for the Army of Bohemia and Army of Silesia.

The French Army is nearly complete with mainly my Garde to finish off and a few specialist units. My ordbat consists of 2nd, 5th, 6th, 7th Infantry Corps, the Paris Reserve & National Garde formations. The cavalry: 1st, 2nd, 3rd & 5th Cavalry Corps. And then there's the Garde; 7 inf divs & 3 cav divs. On paper it sounds impressive but very fragile.

We are only using those Allied formations that were actually in the theatre of war and not those that were  technically available in the second and third lines. We've incorporated a layer of political influence that played a major part in this fascinating & overlooked part of the Napoleonic Wars. Not only were the political machinations important for the allies, but the "French Resolve" had just as important impact for the French to prosecute the war.

The campaign will have an umpire (our great friend Drew) and we'll be using the map and some mechanics from TCG's Napoleon at Bay. At present we have 7 gamers with another 2 more joining after the Christmas break.

An enormous amount of research has gone into this over many years and if anyones interested I'm happy to share what I've accumulated.

All being well, there will be pics and campaign updates throughout he year.
Posted by Peter Cross at 15:01

Peter Cross
Like most wargamers in their 50's I started off with Airfix 72nd & 32nd scale figures (+Timpo) using Bruce Quarry, Donald Featherstone & Charles Grants rules. I grew up in Queensland where you couldn't buy metal figures and I had to order from Melbourne and then eventually directly from the UK. Minifigs were my first metals and I then progressed to Wargames Foundry (& eventually to Perry). Napoleonics is my passion, though I am just as keen about the Imperial Roman era and have dabbled into SYW. I have a great friend Geoff who has been an inspiration for me to always improve my skills and motivate my sometimes flagging interests. He is an excellent modeller and painter. I'm very lucky to have an amazing and supporting wife who understands the time required to invest in the hobby. My current projects are the 1814 Camapign for France and revisiting my Romans after our latest trip to UK / Hadrains Wall country. Iam also an Assistant District Commissioner in Scouts Australia. 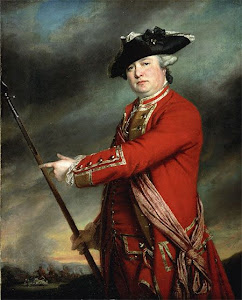